The Icarus project consists of subverting the work of window-cleaning into an act of drawing.

The myth of Icarus tells the fate of a young man, who thinking he was the son of the Sun God, Apollo, attempts to fly towards the sun. The hot rays hit his concocted wings of braches of osier and wax and he fell into the sea, which became known as the Icarian Sea.

His story, among other myths in Ancient Greece is an example of human hubris-an ambitious drive viewed as defiance to the Gods and the tragic outcome of such an attempt.

The tragedy of Icarus contains as much mundane, the weak means of wings as epic in his intention. I wish to draw similarities with Icarus’s plight and that of the working mass.

Window-washing contains elements of the epic in the mundane. The window-washers base their livelihood on a rope as they hover the vertiginous  heights of skyscrapers.

What correlation exists between the action of window-washing and the resulting drawing?

Mark-making is considered personal marks of one’s individuality. It opposes the presupposed anonymity of their work. The act of labour can generate drawings as the space itself compresses the body to create signs.

To emancipate the workers from the mundane, the task at hand can be subverted into an art practice. Michel de Certeau in The Practice of Every Day Life, talks about the practice of la perruque which gives rise to the possibility of creation within the working spheres.

“[…] the worker who indulges in la perruque actually diverts time (not goods, since he uses only scraps) from the factory for work that is free, creative, and precisely not directed toward profit. In the very place where the machine he must serve reign supreme, he cunningly takes pleasure in finding a way to create gratuitous products whose sole purpose is to signify his own capabilities through his work and to confirm his solidarity with other workers or his family through spending his time this way.”

What other action constrain the window-washers than the very act of cleaning?

The Trump International Hotel rises towards the sky, a feat for the window-washers but a perfect canvas for drawing. Entirely composed of large pane windows, its large flat surface facing the Chicago River adds to the vertigo of the top tower.

By placing lights on their bodies as they work, I would like to capture through long exposure, the invisible drawing their gestures create in the daylight. The long-exposure would reveal the traces of the light as the workers wash the windows, contrasting with the static lights of the building itself.
​ 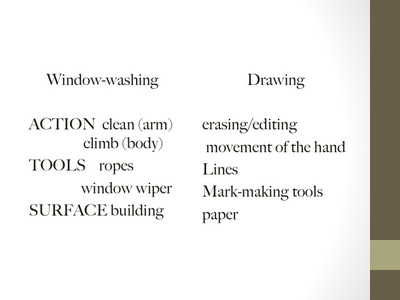 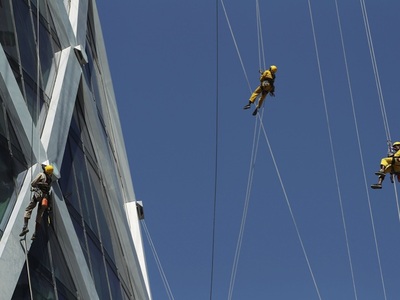 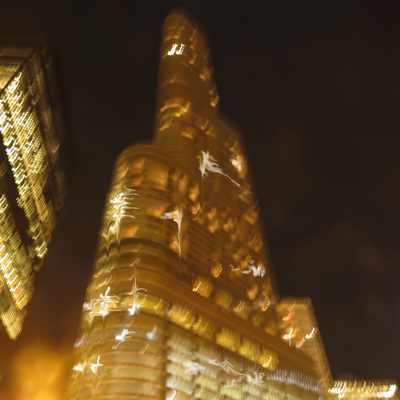 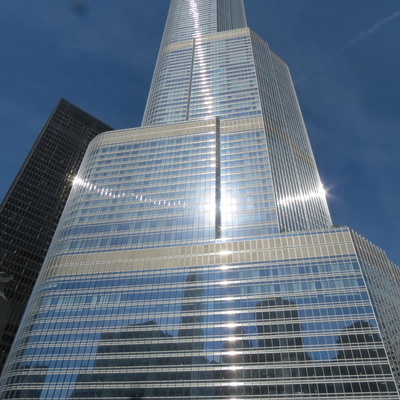 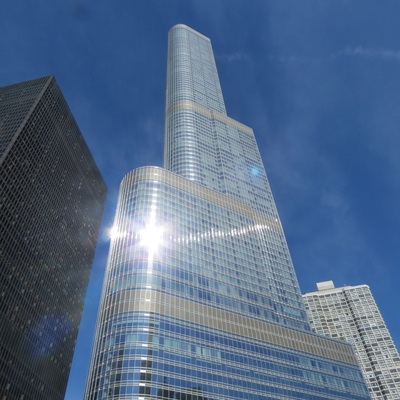 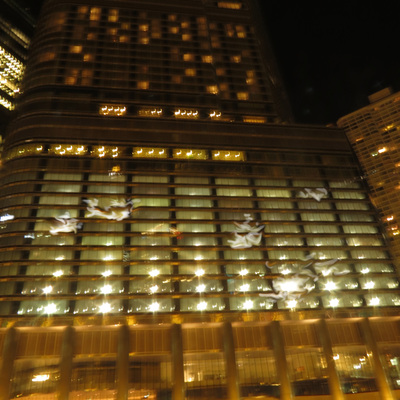